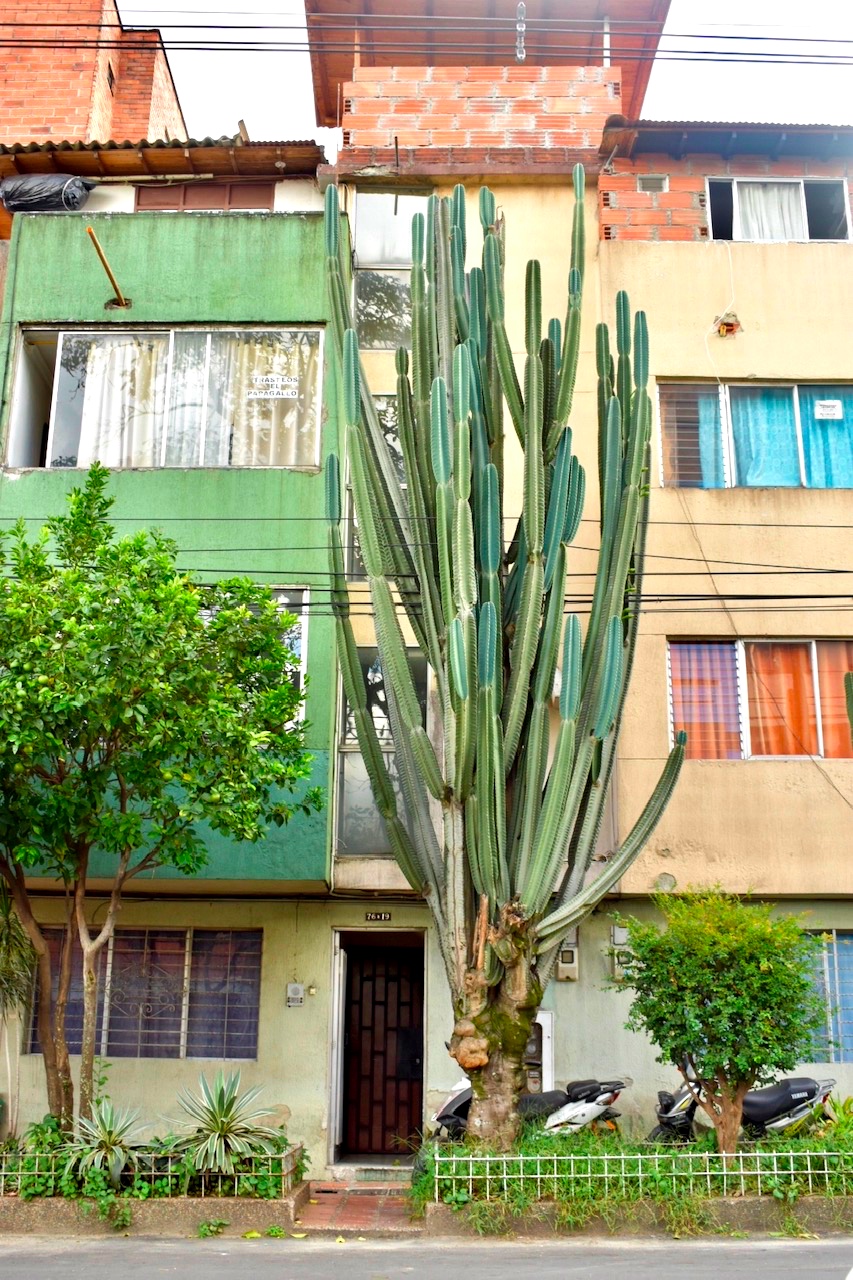 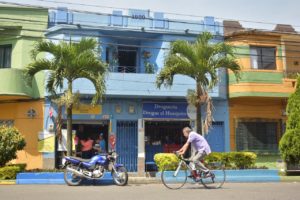 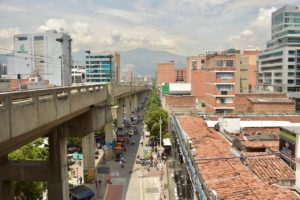 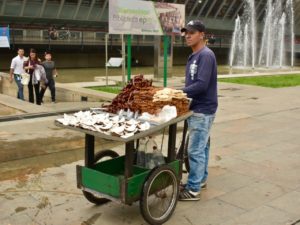 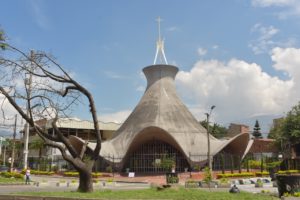 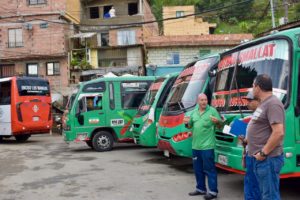 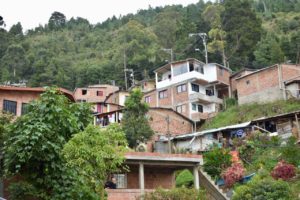 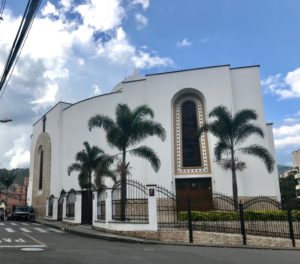 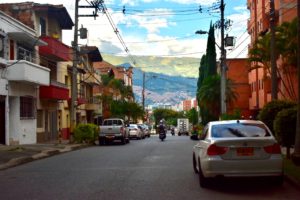 The people of the province of Antioquia (where Medellin is) are known as Paisas.  Two weeks into my stay here and I have come to experience first hand their warmth and friendliness, time and time again.

It started from the day I arrived, super early in the morning.  Ill prepared and thinking my two weeks of Spanish courses in Costa Rica would get me through, I landed at the airport and left the building without bothering to look for a SIM provider.  I had the address to my Airbnb and figured the cab driver would be able to find it.  Not the case.

Instead, I got dropped close to the location (or so I hoped), but despite circling many times, the cabbie was not able to find the exact address.  Without data nor any ability to contact my host, I resorted to the old-fashioned way: ask for help.  I found a little old man who waved me over to use his phone in his little furniture-restore shop.  We could not communicate at all, and I wasn’t even able to figure out if he was dialing my host’s number correctly, but the line was not going through.  Finally, I gave up and asked him to point me to a cafe nearby so I could try to find some wifi.  BUT…I was in a very local part of town, there were no wifi/gringo friendly cafes anywhere.  Instead, he let me lock up my backpack at his shop, then walked me over to the corner Esquina shop where a bunch of older people were congregating chatting over coffee and smoking cigarettes.  This old señor certainly had patience with me!  Another taxi driver who was parked there came over and used his phone to try to call my host again, this timing managing to get through.  “La niña…” was the only thing I could understand him saying, but it must have been along the lines of the clueless girl is lost looking for your place.

The old-fashioned way can be the best way and gave me a first taste of Paisa friendliness.

After arriving at my Airbnb, I was ready for challenge number 2 and it was muy importante — finding a sim card for my phone.  I asked Beatriz, my host, where the nearest place to get a sim was.  She wasn’t sure, with it being a holiday, but she suggested I walk down the busy street leading to the metro station to ask.  I popped into the first store that looked like they may have that type of stuff and asked.  The older señor and his daughter (I presume) were just opening up shop.  La señorita went next door to their next door mobile accessories store and opened up the shop 10 minutes early for me, found a Virgin SIM, and helped me to buy my first 5000 COP of data credits.  She patiently explained to me the options for the various plans, having to repeat things and write things down for me to understand.

A couple days later, I needed to recharge, and went back to see him.  Solamente data (data only), was what I wanted, but she couldn’t give me that through her side.  I needed to just pay her to load credits to my phone, and then use the USSD menu to choose my package.  Of course I had no idea what to dial or how to select the packages, so she patiently helped me do it.  What a legend.

Last Friday, I was forced to go on a scavenger hunt for a new adapter.  The one I brought had fizzled and crackled the day before and no longer worked, which meant I couldn’t charge my computer battery anymore.  I was advised to find a “ferreteria” which was likely to have one.  A ferreteria is a little hardware/dollar-shop/general store that sells all sorts of things only my Dad would know what to do with.  Screws, light bulbs, hooks, paint, glue, the list goes on and on.  So together with Simon, a fellow classmate, we walked to the ferreteria next to his hostel where I knew they carried adapters because a French student had bought one the other day.   However, they didn’t have the exact prong configuration I needed, but the local Paisa working there suggested I walk a few blocks, across the little park, and try the other ferreteria there.  These ferreterias are all little independently owned stores, so it wasn’t like he was referring me to another location of the same chain.

Ferreteria number two had one, but when I tested it out, a piece broke right away, and naturally this was their last piece.  The couple at this store were super helpful, they called a couple other ferreterias and offered to get one for me, if I wanted to come back in an hour.  Impatient for it right way, I asked if I could just go get it myself, so they looked through their reference book and found the address and wrote it down for me on a piece of paper, on top of verbally giving me clear and simple directions to get there.

Simon & I continued to try our luck with Ferreteria number three, and along the way, even asked a couple of mobile accessory stories (also no luck but also super helpful).  Third time no lucky, they didn’t have it, but pointed me to the one right across the street…which turned out to be the one Ferreteria #2 had called on my behalf, and yes, they did have it for me!

I love how helpful the shop owners are, and am amazed at how far everyone goes to provide that extra bit of help.

Walking by a panaderia (bread shop) last night, I decided to try and order a cake for today, it being my Airbnb host’s birthday.  Marlon at the little panaderia across the road was friendly, helpful, and a bit flamboyant.  Only one cake left for the day, but they can make a cake for me for mañana, no problem.  He came out with a cake pan to demonstrate the size.  “Mas pequeno (smaller)?”, I asked.  So he came back out with an even smaller sized pan.  Bueno!

Marlon said he would take my phone number, then Whatsapp me in the morning to confirm the cake and costs, after he speaks with the baker.  Perfecto, I like this service!  And sure enough, whilst in class this morning, I get a Whatsapp message from Marlon, with price and confirming it can be ready by 2pm.  At 1:30pm he texts me again to tell me the cake is ready to be picked up.  When I got to pick the cake up at just after 2pm, he’s ready and gives me a handshake and even introduces me to his friend, the baker, who speaks a couple words of English.

I adore how so many stores are small and independent and give that personal touch.  In Canada and much of the developed world, everything is mass market, chain-run, with no personal touches at all.

Uber exists here, though not officially legal, and apart from my first uber ride (only because the driver was a bit of a crazy driver), has been a very pleasant experience.  I’ve learned to hop into the front seat of ubers here, because drivers want to go undetected as uber drivers, and most of them have been very chatty.  Almost all of them seem impressed by the few broken Spanish words I speak to them, and a couple who have decent English are keen to practice with me.  On Wednesday, by driver had studied in Montreal and was surprised to learn he was dropping me off at a language exchange.  “Anyone can join?”, he asked in disbelief.  Yes!!  I think I recruited another participant to the language exchange for future sessions.