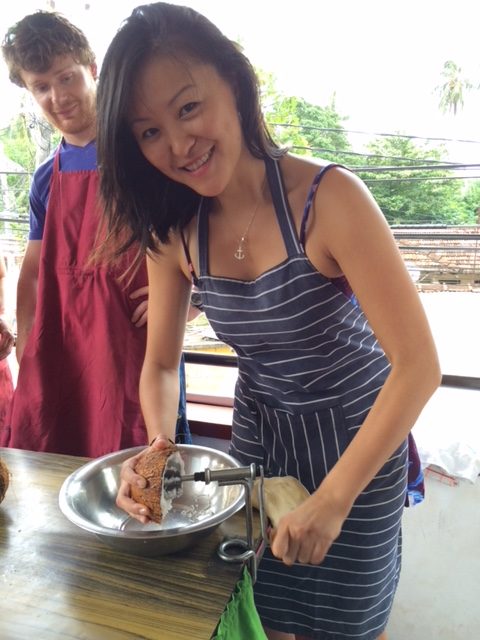 I LOVE taking cooking classes whilst I’m travelling abroad.  To-date, I’ve tried cooking classes in Thailand, Sri Lanka, Myanmar, Bali, and Vietnam.  So much fun, and if you’re a foodie like me, it’s fascinating to see how some of your favourite exotic foods are made.  Next time you’re on vacation, try one out.

For inspiration, here are some info and links to the ones that I’ve done in the past.

I did the Hoi An Eco Cooking class (in you guessed it, Hoi An).  It’s a super cute family run course and the bonus is you get to ride a little round bamboo boat to the facility where the cooking class is taught.  We made fresh vietnamese spring rolls (including making the rice paper), ban xeoh, salads, and even pho^(kind of).  So good and lots of fun. 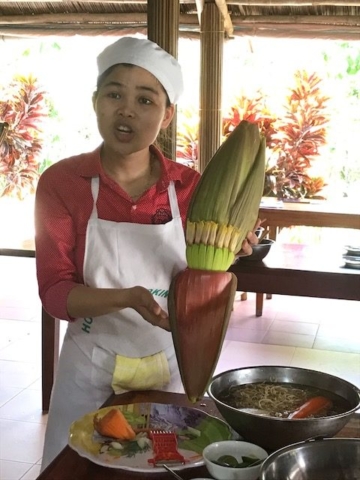 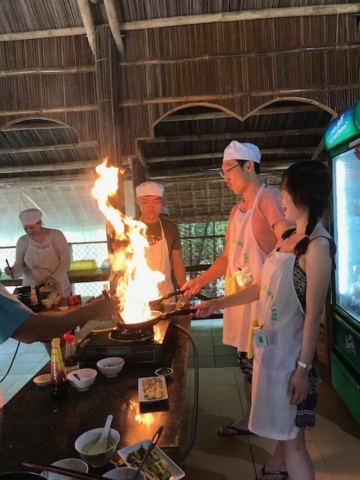 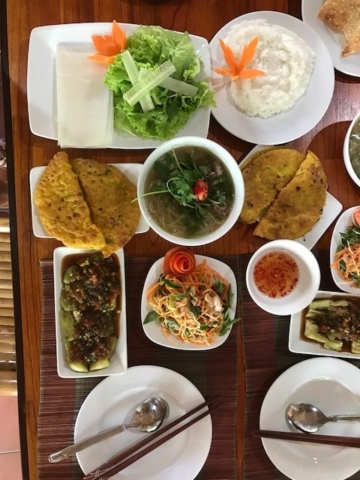 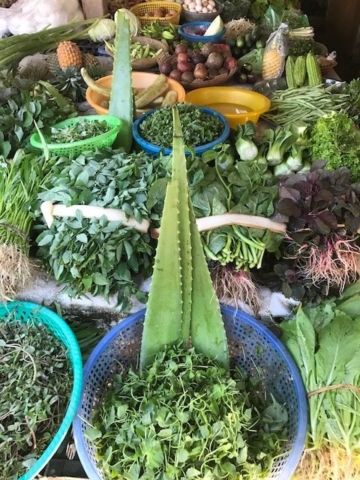 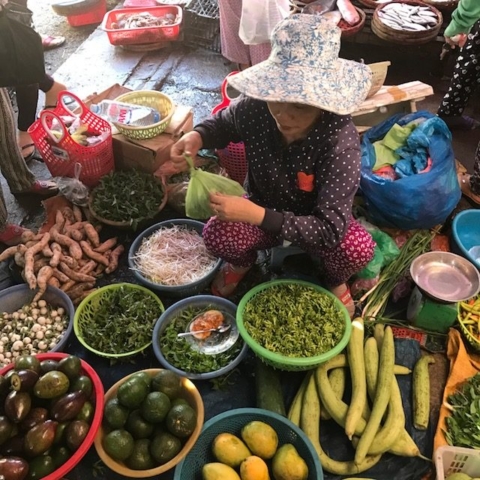 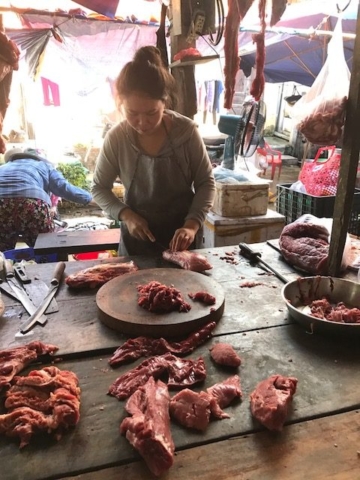 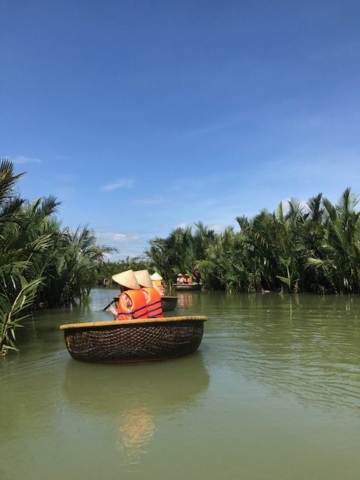 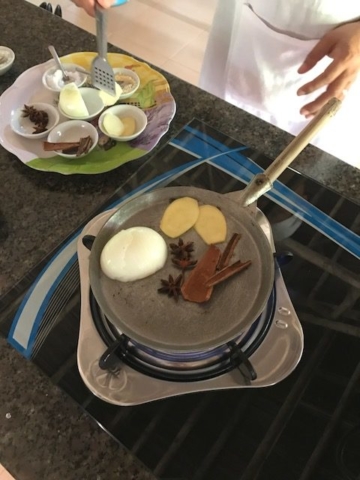 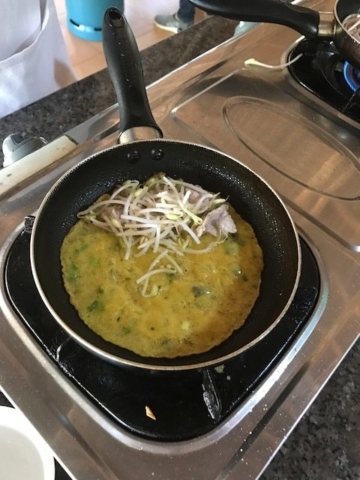 ^Pho (Vietnamese beef noodle soup) needs to be simmered for ages, so there’s not enough time during the cooking class to make it from start to finish.  Instead we were shown the spices that go into pho, and cooked up a small portion with the stock that had already been simmering for a long time.

If you want to stay within the historic old town of Hoi An, there are a few options.  Well known restaurant Morning Glory, also runs its own cooking class.  Even if you don’t do the cooking class, having a meal at Morning Glory is nice.

Bamboo Delight cooking class at Inle Lake (at the town of Nyaung Shwe) is run by a couple, Leslie and Sue.   We met up with Leslie in the middle of the town so he could first take us through a stroll of the market, then head to their home, where the cooking class is run.  The cooking and flavours of Myanmar are reflective of its geography; it has a lot of similarities with Thai and Chinese I think. 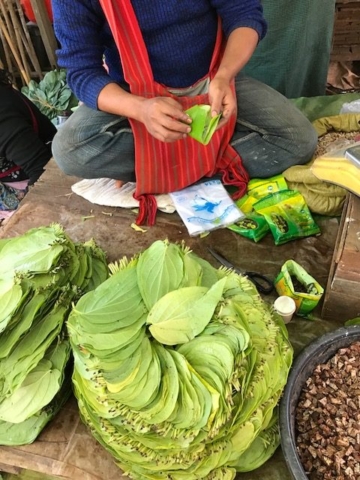 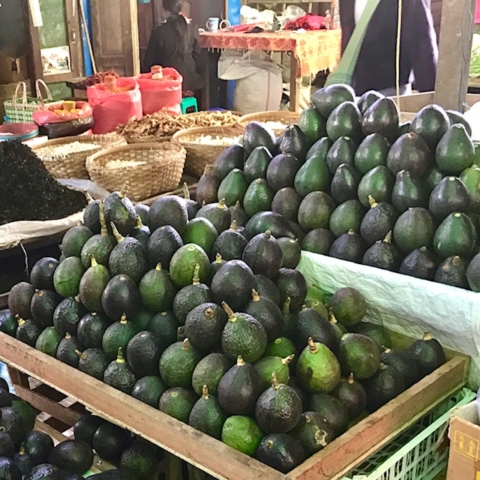 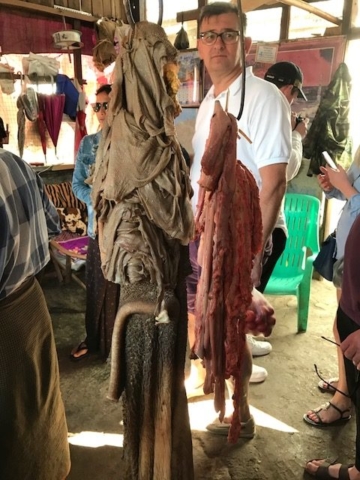 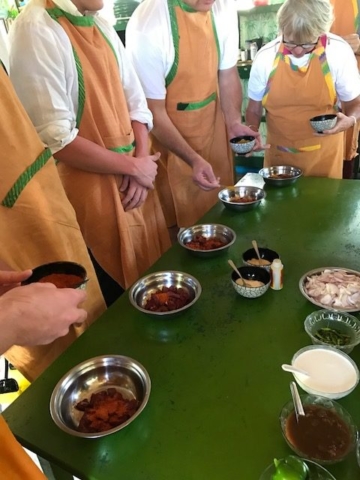 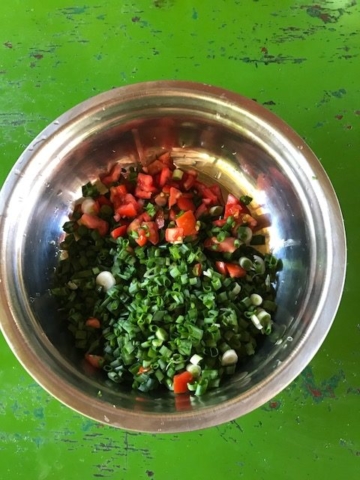 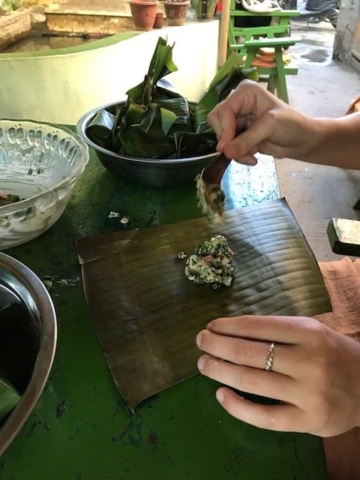 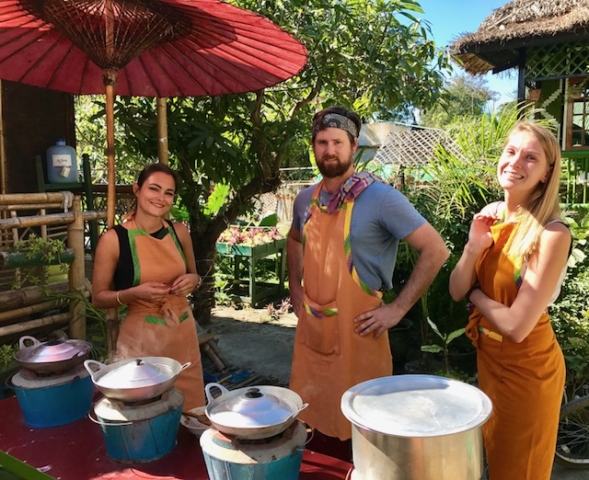 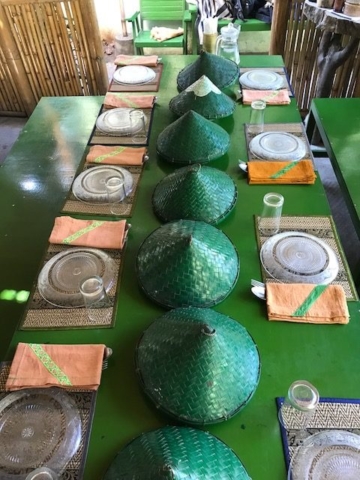 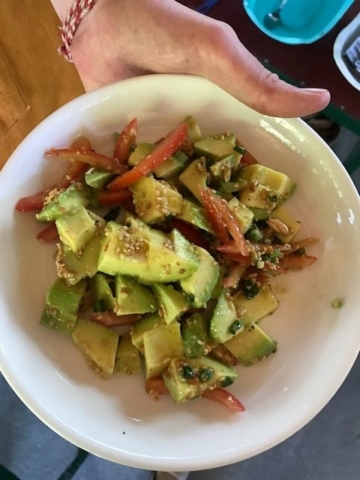 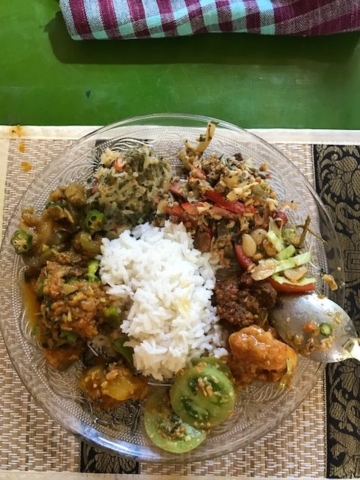 I think we came across this on Trip Advisor, because even doing a search now doesn’t turn up a website for Karuna’s cooking class.  Karuna takes you through a nearby market and picks ingredients for the day’s cooking class.  Most of the dishes made are variations of curries and sambals.  The eye-opening part for me was making coconut milk and shredded coconut from scratch.  I won’t spoil it for you, but it made me realise how much work goes into a can of coconut milk that we take for granted when we simply pop open a can.  Of course those are all automated in a factory now, but fresh coconut milk from scratch takes some hard work! 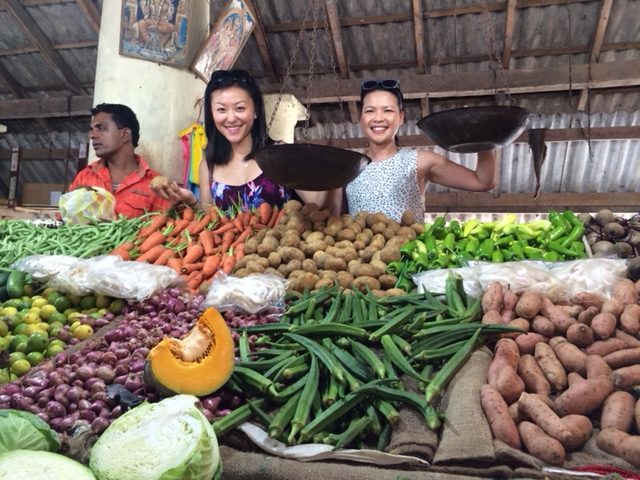 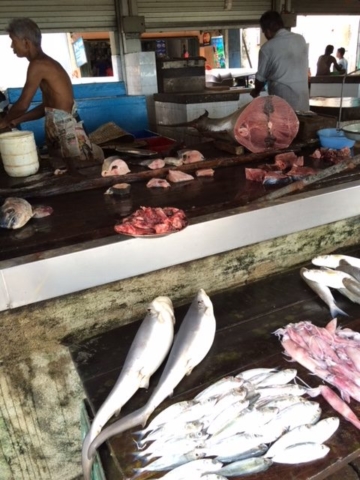 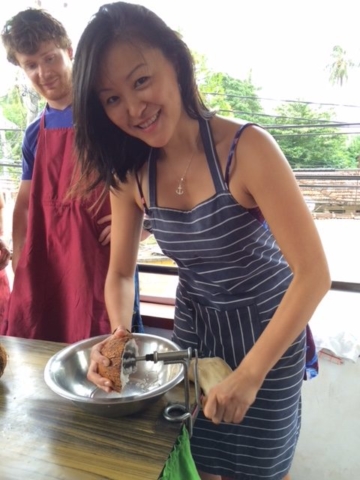 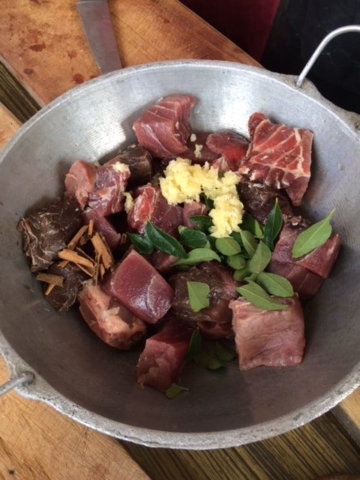 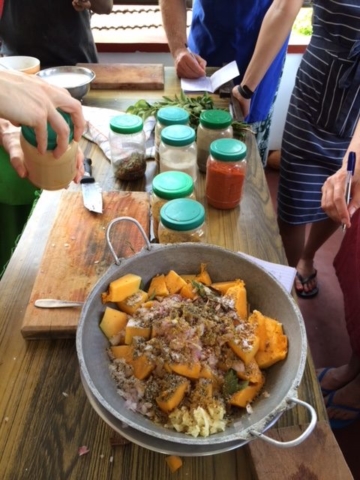 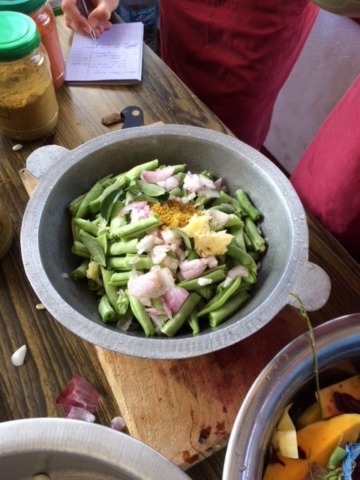 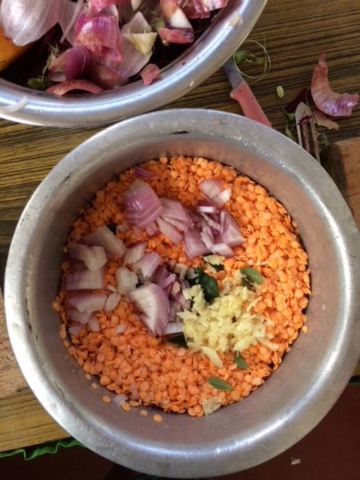 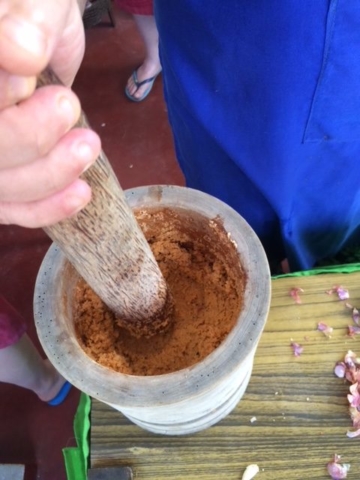 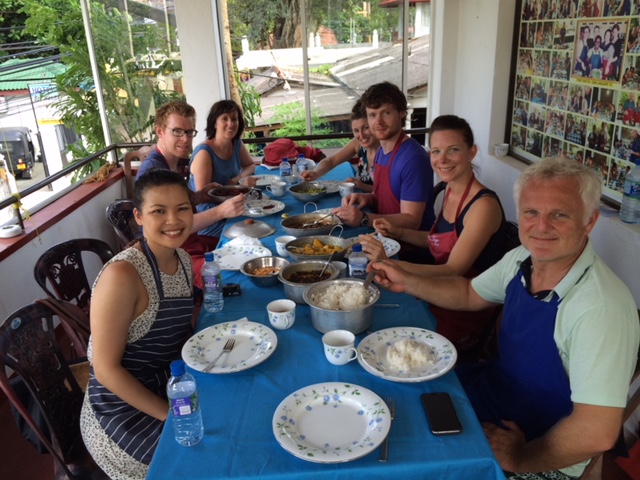 Paon’s cooking class in Ubud is where me and three other girlfriends learned to make Balinese satay, urab, gado gado, and a few other dishes.  We also got a chance to look at the actual rice plants growing in the paddies, before we started the class.  Paon’s house is a traditional Balinese house; she’ll give you a little tour of it before the class begins.  Photos to be added later.