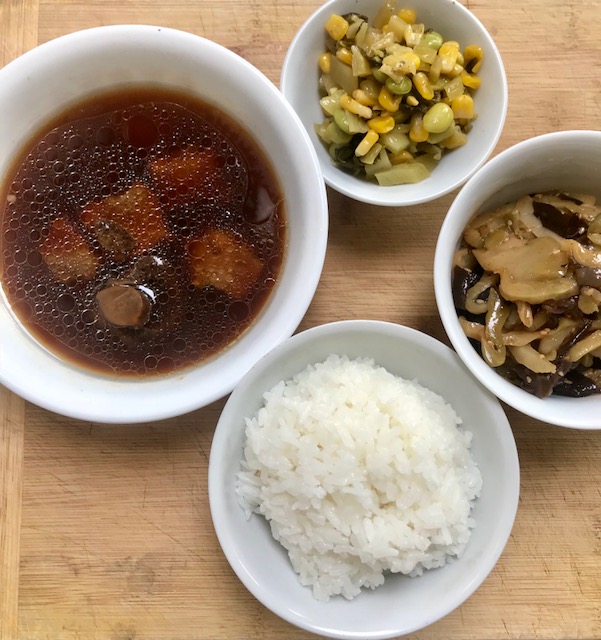 Bak Kut Teh – which literally translates into meat bone tea, is a traditional Singaporean/Malaysian dish, popular in both countries.  I’m actually not a massive fan, I prefer the Malaysian version over the Singaporean one, but even so, I can take it or leave it.  There are plenty of other things I’d much rather eat in Singapore.

However, I wanted to try to make it so that my family can try it.  I bought a couple packets of the spice and tried the Malaysian one today.  I followed the instructions on the back of the pack closely.  It was easy to make and the results actually taste pretty good, for my undiscerning bak kut teh palette at least.

In case you’re not familiar, the main difference between Singaporean Bak Kut Teh and Malaysian is in the spice mixture used.  The dish is still largely a broth of pork bones and garlic, but the herbs and spices used in the Malaysian version gives it an earthier taste, slightly sweet, and the broth is brown in colour.  The Singaporean version has a lighter coloured broth that’s much more peppery in flavour. 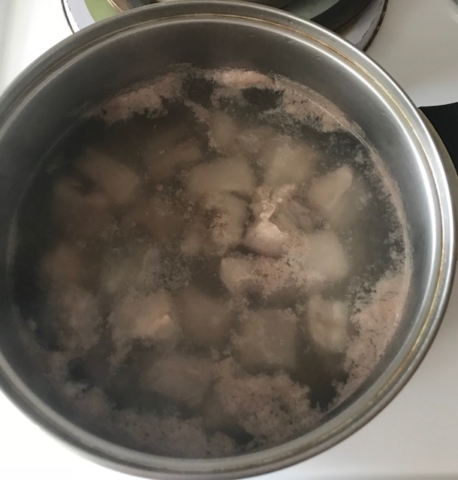 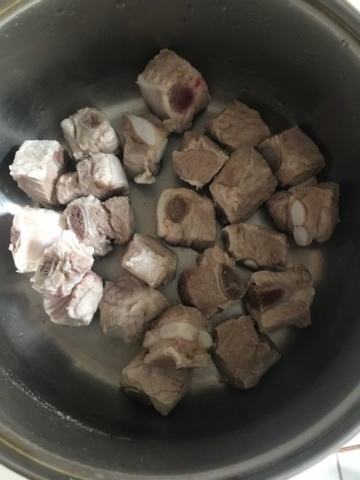 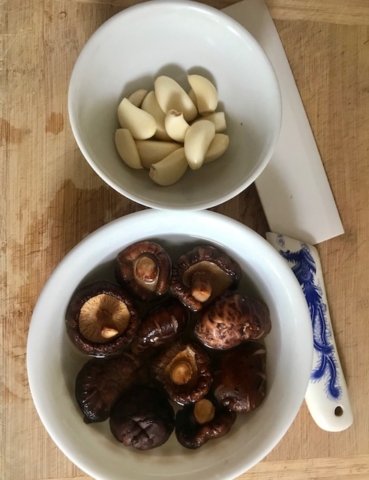 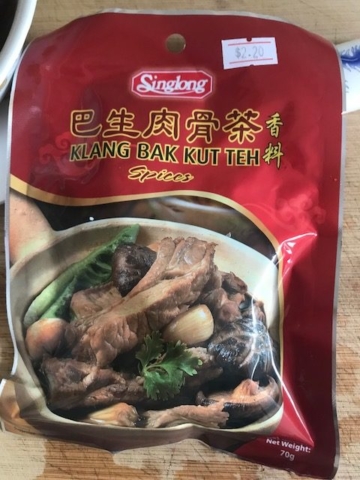 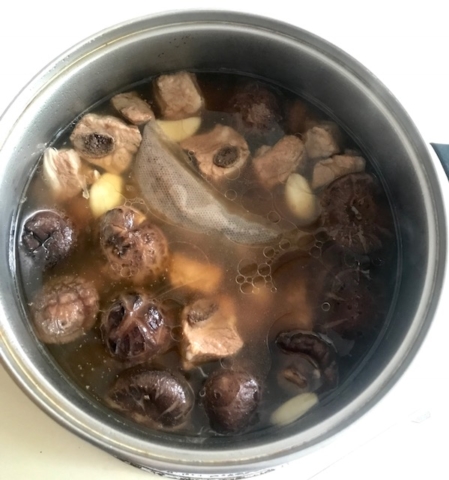 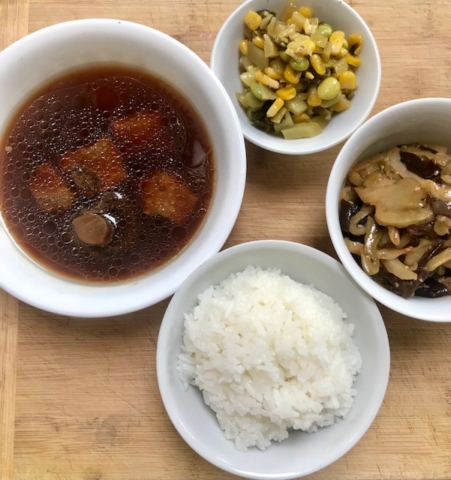